Acropolis and Fountain, installations by Vittorio Messina in Castellaccia

Castellaccia is the highest point in the town center of Peccioli, the location of an ancient fortress, part of a medieval castle, probably formed by two fortified towers, as we can find in the coat of arms of the Municipality of Peccioli and in the medallion of the mantle of the local patron San Verano. In 1993, the artist Vittorio Messina created the work “Acropolis”: alluding to the importance of religious facilities in the ancient world, usually located at the highest point of a city, the artist renders the memory and historical importance of a fundamental place for the history of Peccioli. At the base of Castellaccia is another work by the same artist: “Fontana”, a reference to the presence of sources for purification at sanctuaries.

Acropolis is a work consisting of six identical architectural elements, arranged in a circle: six columns with a square base, covered by Carrara marble slabs, topped by horizontally placed wooden beams. The name of the work indicates a fortified city of ancient Greece, which shares with the place in Peccioli the elevated position and the ancient destination of the hill. Today the wooden parts are no longer present, but you can still see the linchpins that fixed them to the columns. The artist’s intention was to give a plastic representation of their endurance over time till the end, by contrasting them with a more durable material, marble. At a later stage, Messina intervened in the work by building a sort of central cell of tufa blocks, a material capable of retaining water and changing over time.

At the base of the access staircase that leads to the Acropolis is an atrium in which the work Fontana was built, consisting of a long basin made from a monolith. At the apex of a clay brick wall is a tympanum, from which water flows into the basin below. The signs of the time complete the work, symbolizing the passing of time as a metaphor for life. The mark on the wall resembles a tire rut in the mud.

After leaving Castellaccia in the direction of the Multipurpose Center it is possible to admire other important works placed in the old center of Peccioli: “The Temple of the Wind” by Angelo Casciello, “Light Mood”, “In Peccioli Lux” and “Tribute to Giorgio Gremignai” by Vittorio Corsini and “Multipurpose Sign” by Angelo Casciello.

Going on towards Piazza del Carmine, you reach the Archaeological Museum and the Church of Madonna del Carmine; here is one of the installations of the project “Voices”: original stories of six of the most famous contemporary Italian writers – Laura Bosio, Mauro Covacich, Maurizio de Giovanni, Romano De Marco, Ferruccio Parazzoli, Laura Pugno – and the artistic practice of Vittorio Corsini, who gave voice and shape to six new permanent installations, starting from Peccioli, winding through the surrounding villages and creating unexpected itineraries. 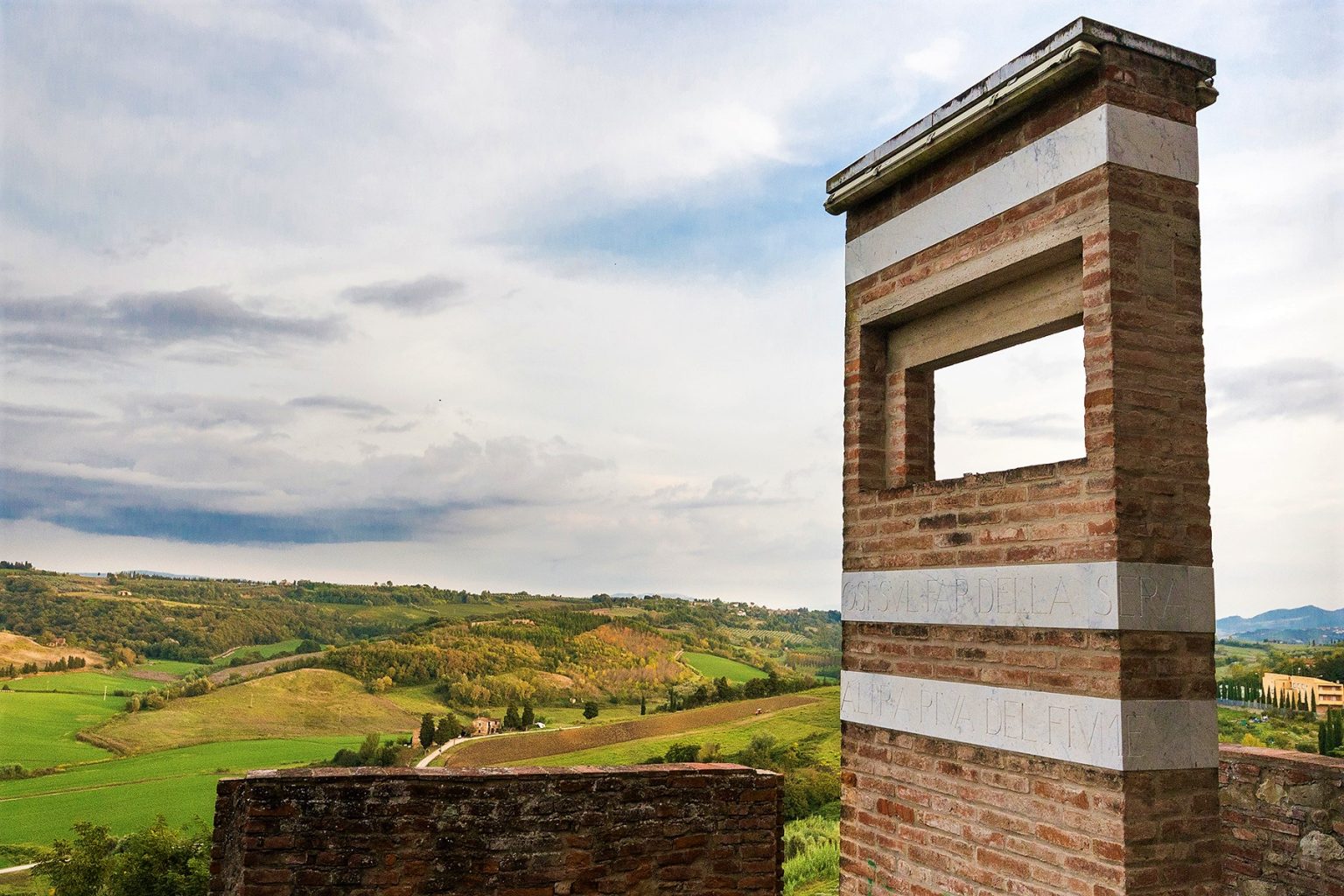 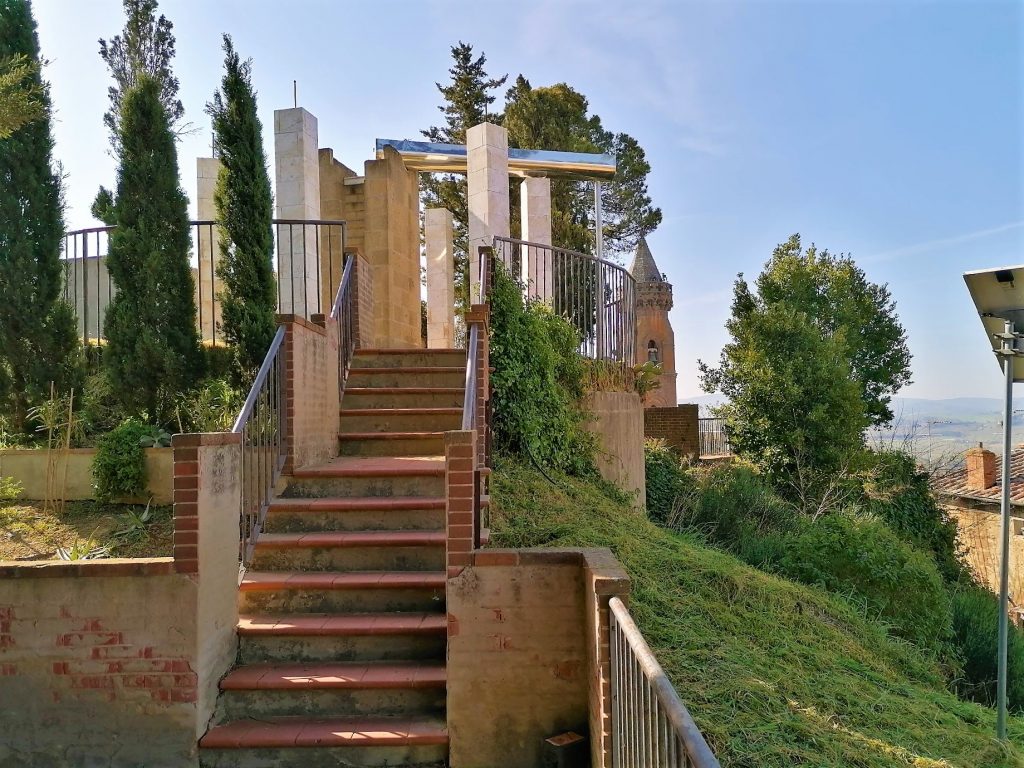