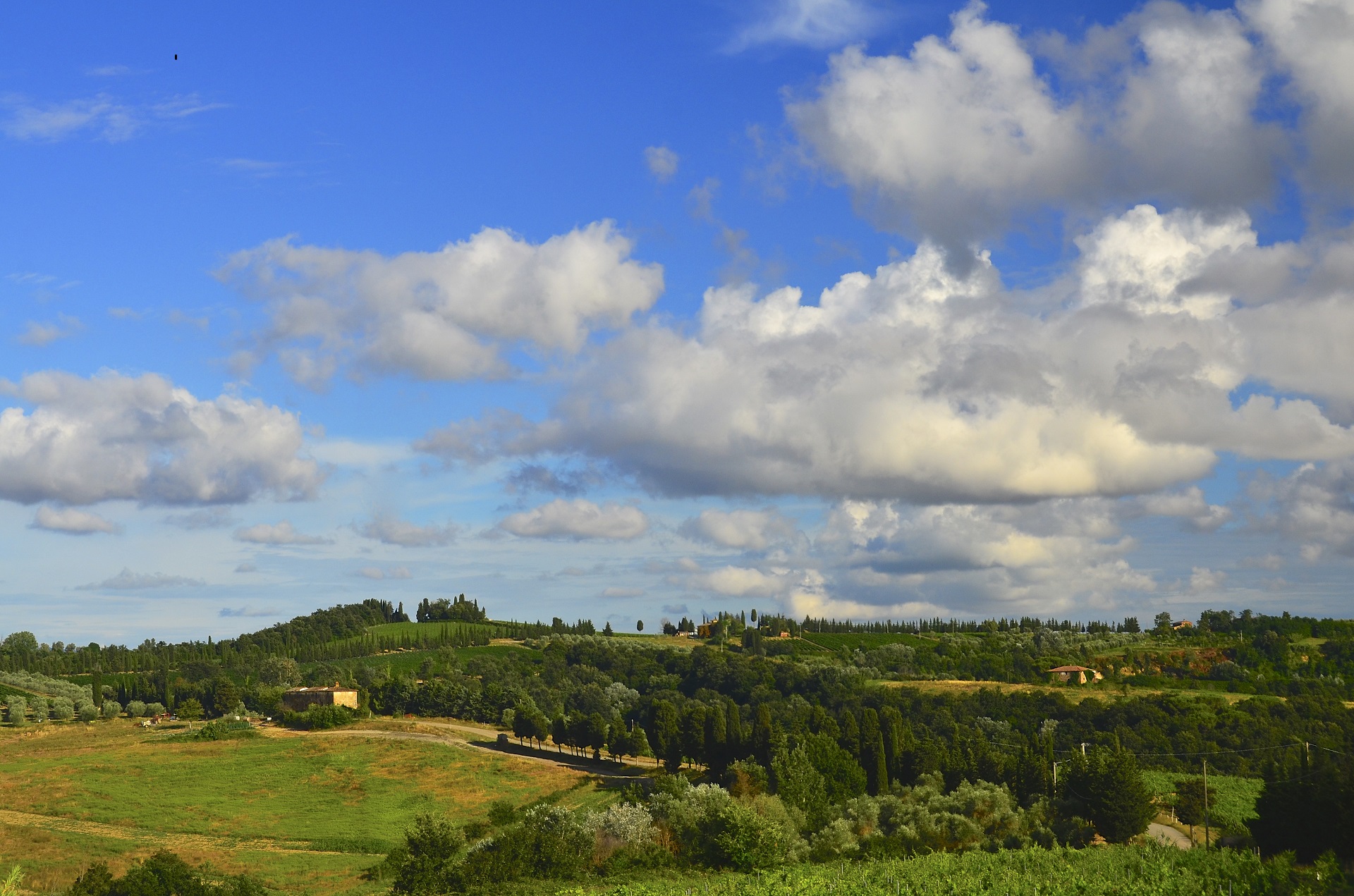 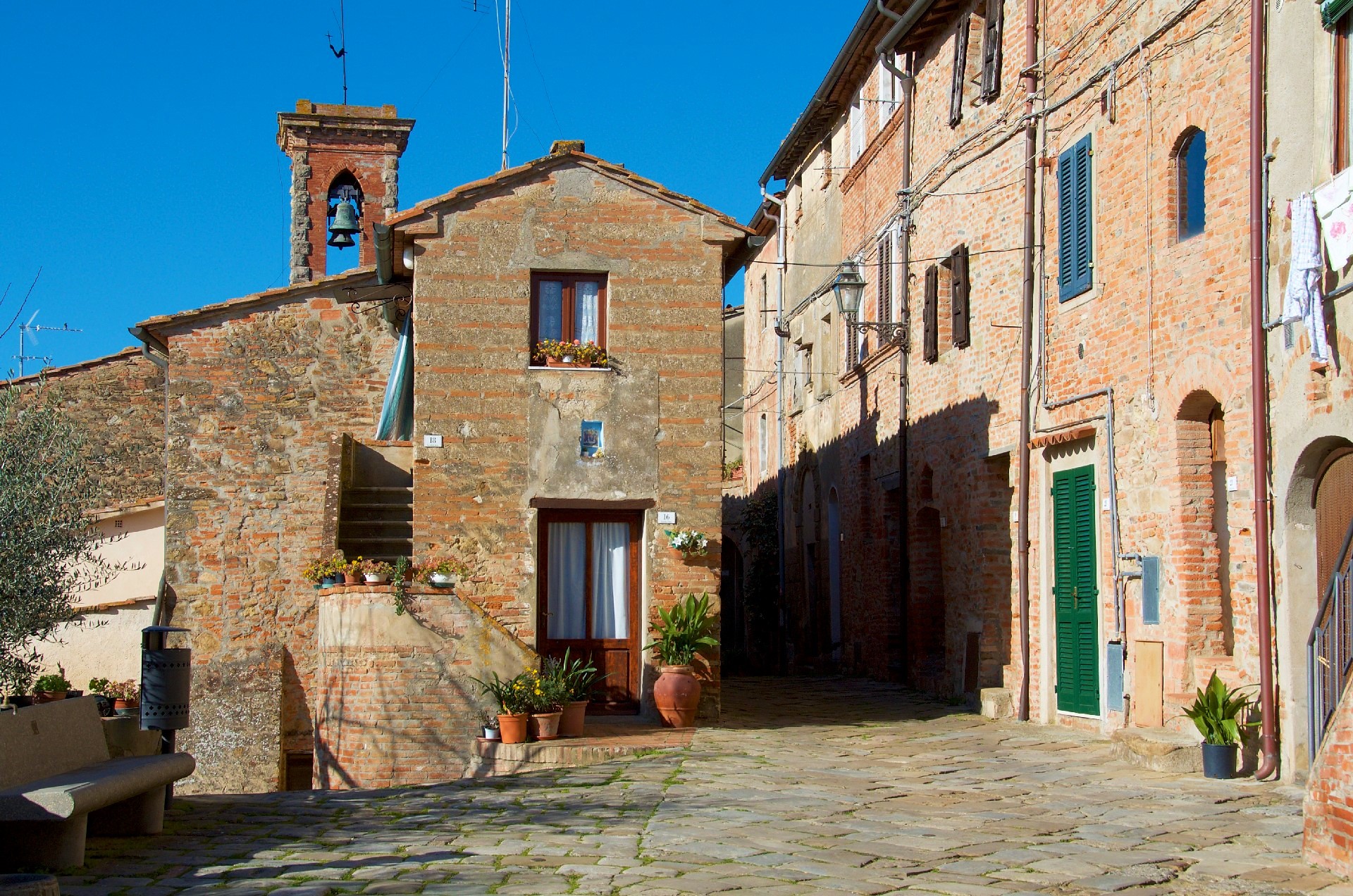 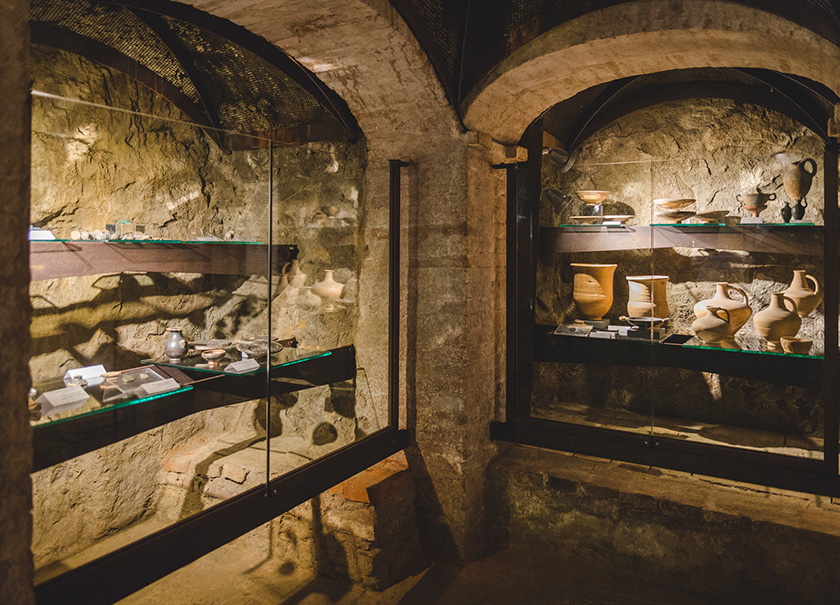 From the Neolithic Age to the Romans and the Longobards, up to the Middle Ages under Lorenzo the Magnificent and Leopoldo II.
A strategic position in the Valdera area.

Even if the territory of Peccioli has been inhabited since the Neolithic Age, a more defined physiognomy is recorded above all from the first millennium BC, with manifestations of Etruscan populations. Several finds testify that the slopes of the hills in the territory were places for burial, except for the site of Ortaglia, which showed traces of a settlement too, demonstrating how Peccioli depended from Volterra even in the Late Antiquity Age.

Other Roman traces are located at the excavation site of Colle Mustarola near Ghizzano, where a Roman cistern was found, a unique example in the rural contexts of the area (the other known ones are located only in important urban settlements, such as Volterra and Pisa).

With the fall of the Roman Empire, new scenarios unfolded, influenced by wars and by the arrival of peoples from northern Europe, who slowly conquered the most important locations. The Longobards conquered most of the territories controlled by the Byzantines. It was a period of great vitality for the area of Peccioli, which was located on the border between these two opposing forces; yet, the area was also probably the ground of the resulting clashes. Such vitality seems to end in the 8th century and then reappear in the 11th and 12th centuries, when a castle promoted by the local aristocratic families and the church was developed.

Under the Pisan domination, Peccioli became a Podesteria of the Maritime Republic, extending its jurisdiction over Carpugnano, Gello, the Abbey of Carigi and Montecchio. In 1322 the Pisans had a section of the castle walls restored and the castle acquired the extension and features that it still retains in part today, probably thanks to the work by Castruccio Castracani, who in 1328 was appointed lord of Pisa.

Under the Signoria of Lorenzo the Magnificent, a new administrative organization was issued and the Communities were gathered in Podesterias: the communities of Ghizzano, Fabbrica, Lajatico, Terricciola, Rivalto and Chianni were subjected to Peccioli. A long period of political tranquility followed, afflicted however by various calamities including an epidemic of plague between 1464 and 1468. In 1844 under the rule of Leopold II, Peccioli became the premises of a registry with jurisdiction over Lajatico and Terricciola. After the plebiscite for the annexation to the Kingdom of Savoy in 1860, a new order in the public administration was issued and in 1863 Peccioli became part of the district of Lari.

Palazzo Pretorio
A building of Medieval origin, remodeled between the 18th and 19th centuries, it used to be the palace of the... 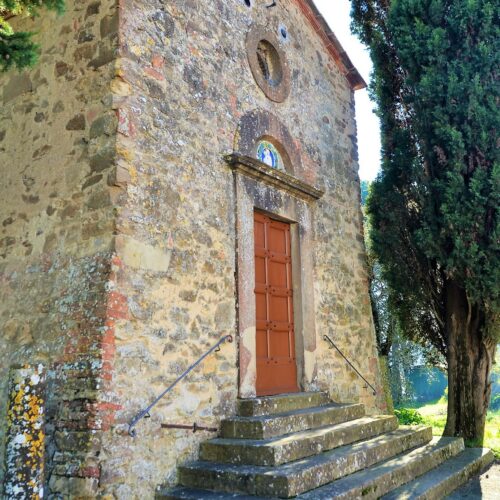 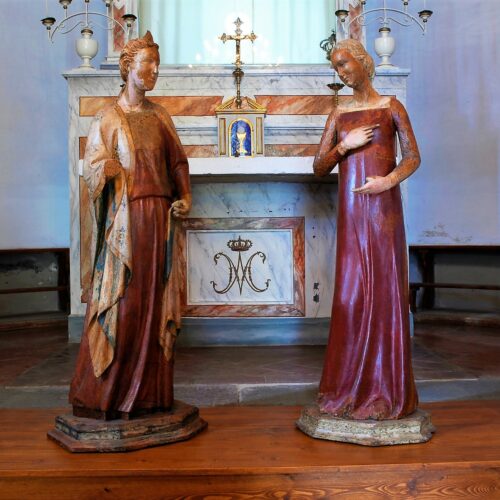 “Annunciazione”, sculptural group by Tommaso Pisano – Ghizzano
Legend has it that these wooden statues depicting the Annunciation were recovered in an old church in Ghizzano and placed... 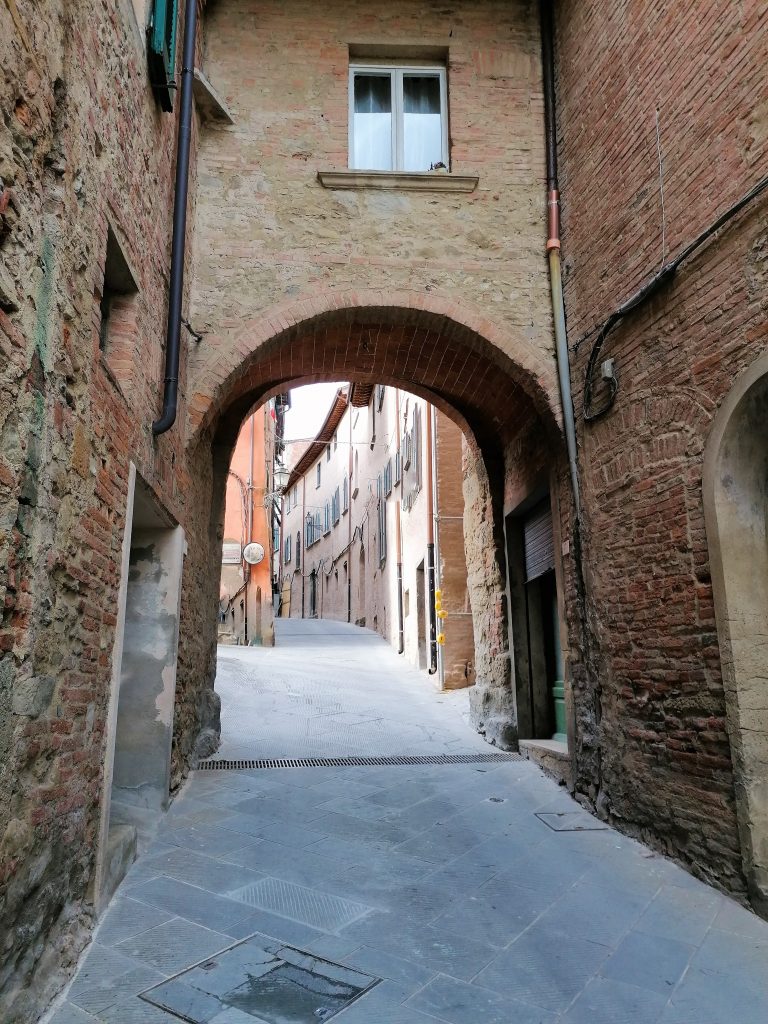 History and Culture, Peccioli
Porta Volterrana gate is located in the middle of the street today called via Carraia. Its arch is still visible today: solid thus far like in ancient times, it was
Read more 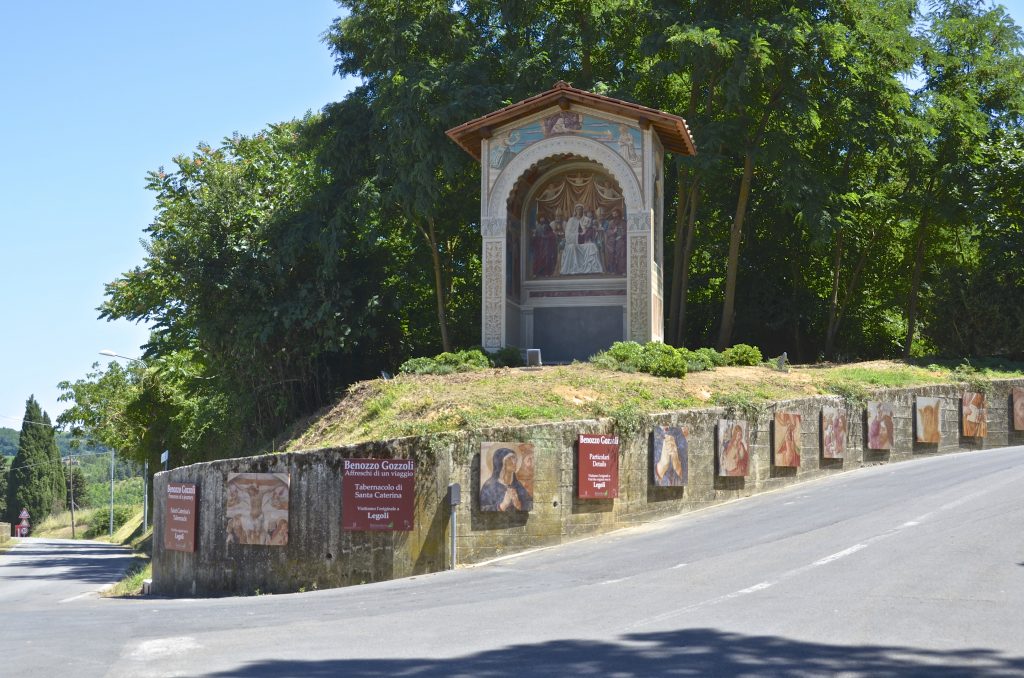 Via della Resistenza – Twin of the Tabernacle by Benozzo Gozzoli

Contemporary Art, History and Culture, Peccioli
Via della Resistenza – Twin of the Tabernacle by Benozzo Gozzoli While the small garden of the Carabinieri barracks is embellished by the sculpture by Nicola Carrino, Costruttivo Peccioli, a
Read more 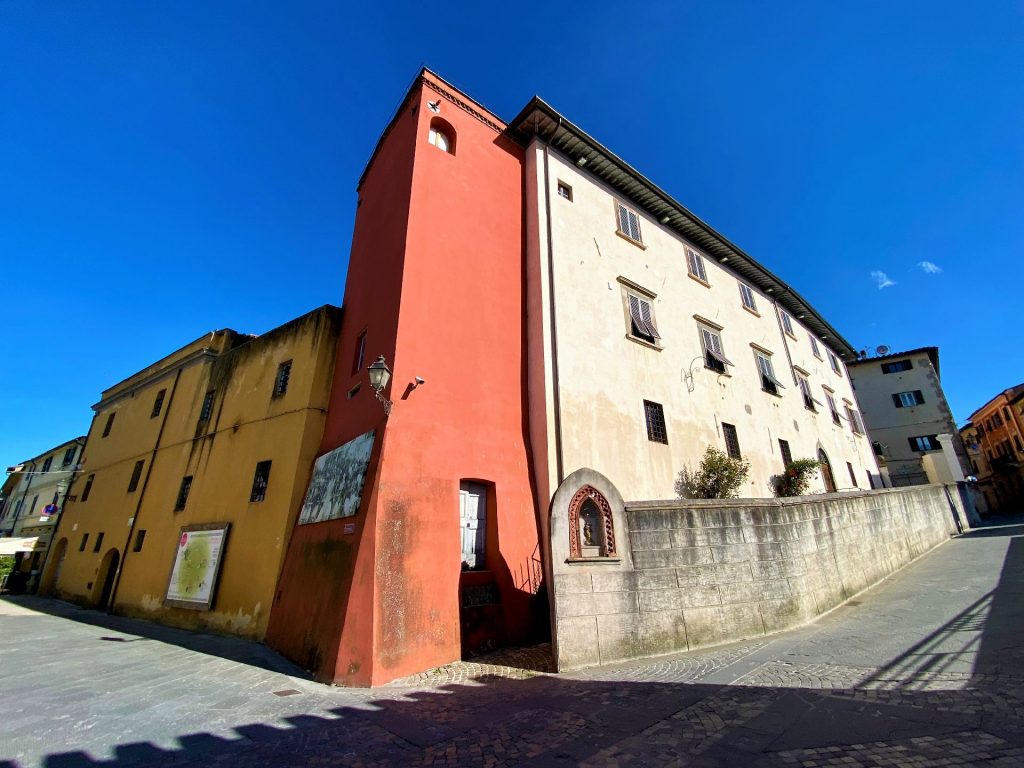 History and Culture, Peccioli
Fondi Rustici Palace was part of Ospedale Nuovo di Pisa since the 1600s, as evidenced by the coat of arms A(lexander) E(piscopus) and by the inscription H(ospitali) N(ovi) P(isarum) placed
Read more

History and Culture, Montecchio
The Church of Palm Sunday is located at the entrance to the town and takes this name because a service is arranged here exclusively on this holiday. The small church
Read more 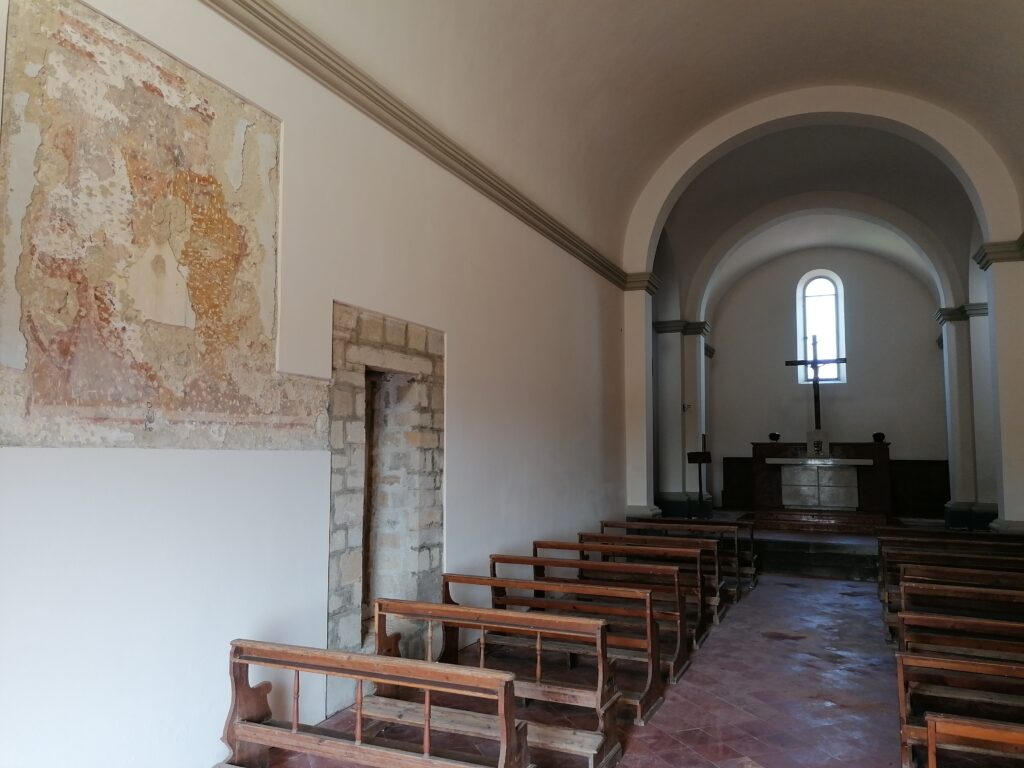 History and Culture, Legoli
Originally dating back to the 12th century and firstly mentioned in 1139 on the occasion of the sale of the lands of Legoli by Count Pannocchieschi to the church of
Read more 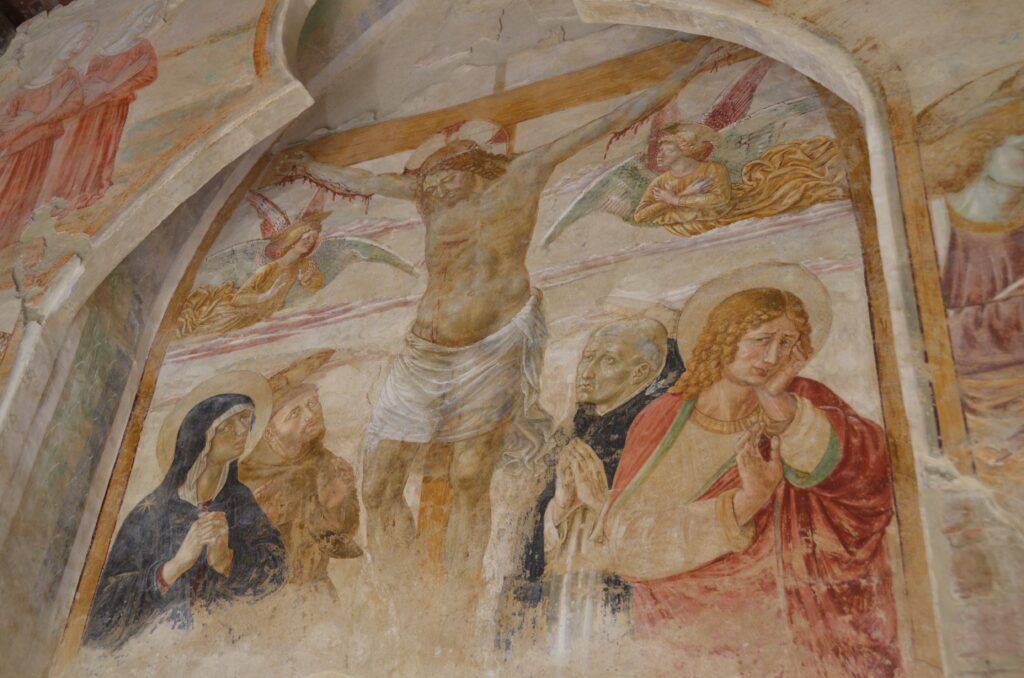 History and Culture, In evidence, Legoli
May 1479. The plague strikes in Pisa, where Benozzo Gozzoli, a Florentine and perhaps a disciple of Beato Angelico, is working on the Camposanto. It is necessary to seek refuge
Read more
See More

Make your trip to Peccioli an unforgettable holiday

The itineraries that you cannot miss