Remo Salvadori was born in Cerreto Guidi (Florence) in 1947. Since 1973 he has lived in Milan. His works derive from a cast-iron mathematical discipline. The artist has established a relationship with seven metals: lead, tin, iron, copper, mercury, silver and gold, used as pieces for engraving a pentagram, the language of which also finds correspondence in the seven musical notes.

The study is the one of a secular sacredness that affirms the positivity of existence and the harmony of the world. The artist establishes nuclei of energy in which the substance of the world reveals itself and makes us aware of ourselves.

Harmonies, proportions, geometries and a new intense metaphysical vision: Salvadori’s works arise from the need to enter into a relationship with the place in which they are placed. The installation in Peccioli, “Nel momento”, was conceived for the imposing side wall of an ancient building near the North Gate, where Corso Giacomo Matteotti begins, the town’s main artery leading to Piazza del Popolo. It is composed of a lead element (2m by 2m) plus a gold one (2m by 2m). It is the first time the artist combines these two metals. A pattern formed by a series of geometric figures develops from a grid drawn on a plate and the final result is a structure in which the solids are opposed to the voids and the areas in light alternate with those in shadow.

For Salvadori, art is a communion of opposites. The works are based on the dialectic between inside and outside, uniqueness and multiplicity, spirituality and matter. In many sculptures and installations geometric shapes interpreted as symbols recur: as in this case the square, indicating the terrestrial dimension, opposed to the circle, metaphor of celestial geometries. 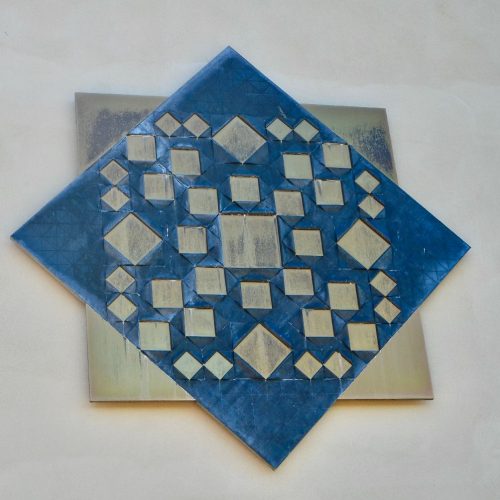 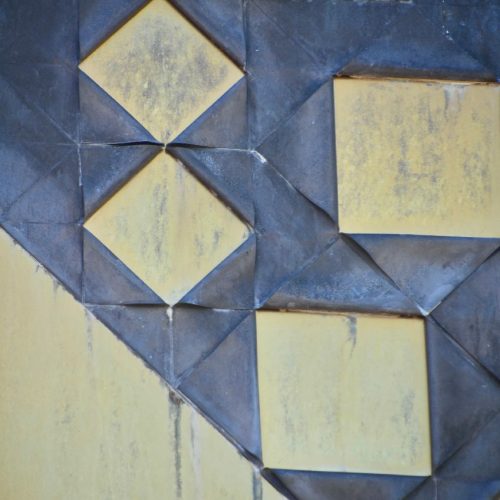 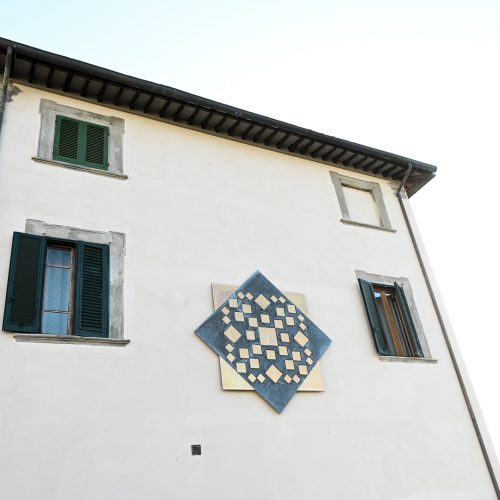 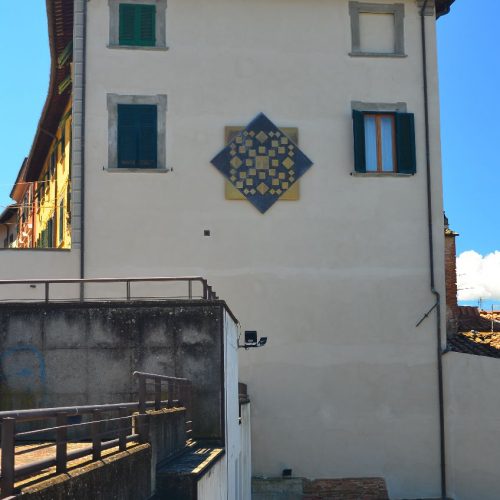