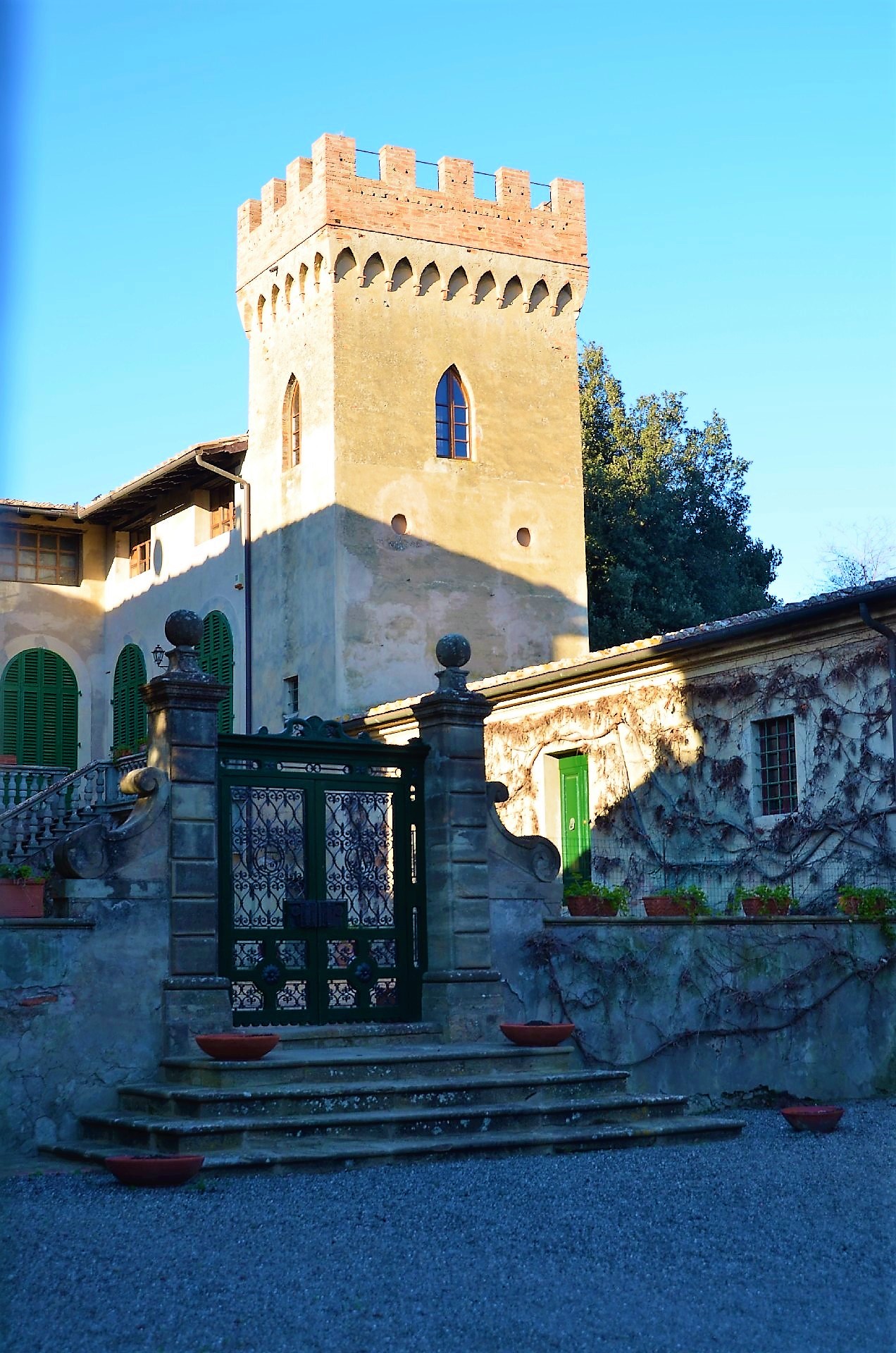 The earliest news about Montelpio date back to 1356, in an act of the synod of Volterra  in which reference is made to a church with a refuge, also known as a “mansion”, used by the Knights Templar.

In the small village was the parish church of San Martino at the time, an important parish church, which was demolished later in modern times by order of a marquis of the area who, according to the legend, was run over by his horse as a divine punishment for having it demolished. The Chapel of San Domenico was later built in its place.

The village was home to important noble families including the Frescobaldi, the Gaetani and the Quaratesi who appreciated not only the small village but also its surroundings, rich in woods, vineyards and olive trees.

History and Culture, Montelopio
The villa was built in the 19th century on a previous building dating back to the first half of the 1200s; it still retains the typical features of ancient templar
Read more

History and Culture, Montelopio
At the time of the Knights Templar  a little church dedicated to San Michele was located at the entrance to the village; its last remains were destroyed by the family
Read more

The perfect combination of art, history and relaxation