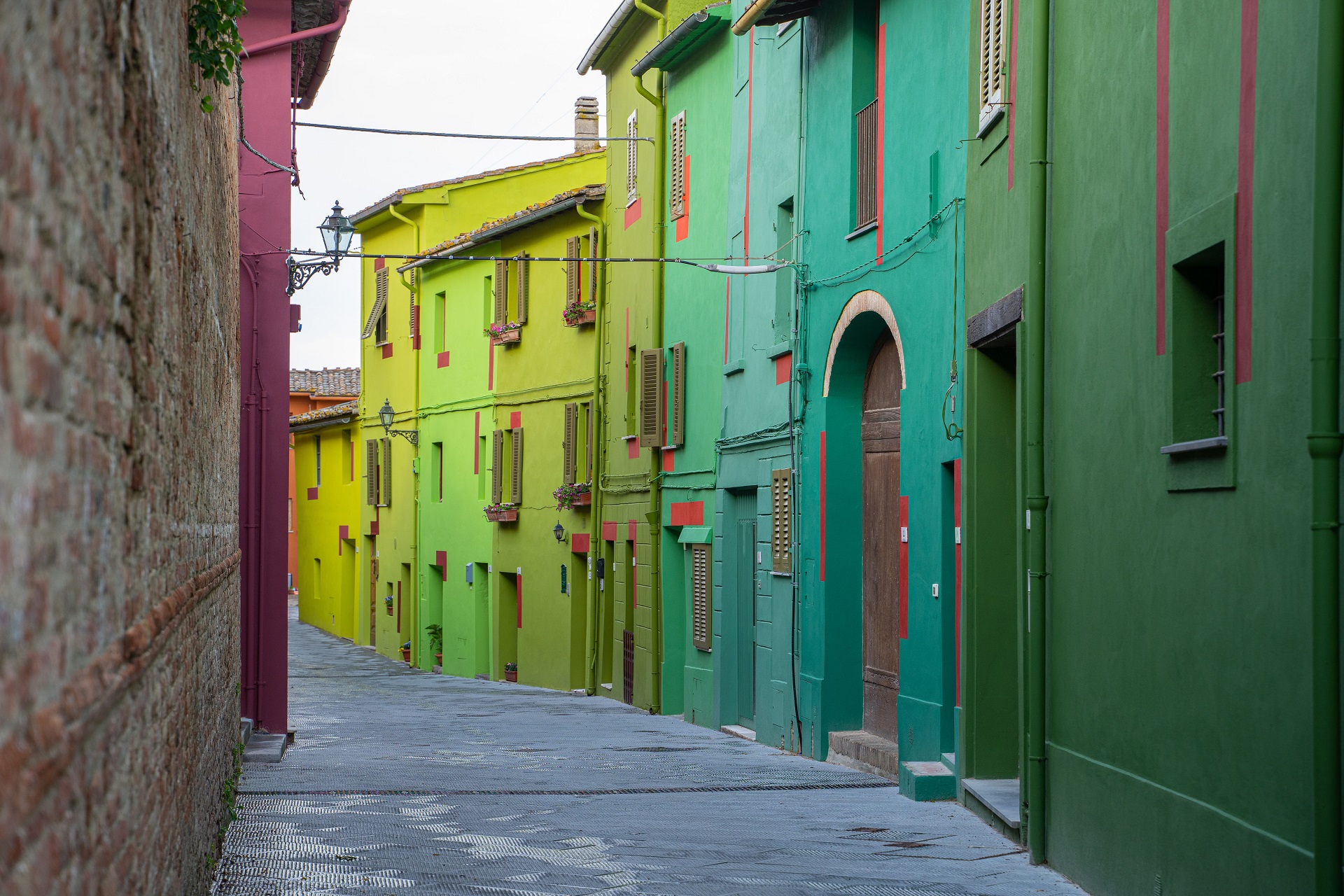 The village of Ghizzano is located on a clayey high ground between the streams Roglio and Melogio, about 9 km from Peccioli. Findings from the nearby archaeological site in Santa Mustiola testify the presence of Romans and Longobards in the past.

Ghizzano is first mentioned in an archive document dating back to 988, where the presence of two farms is reported.

From the 10th to the 13th century, the town was owned by the diocese of Volterra and run by the counts Pannocchieschi, a period during which there is evidence of the presence of a castle.

Together with Peccioli, Lajatico and Legoli, the village was disputed between the Ghibelline League of Pisa and the Guelphs of Florence due to its strategic border position, until the castle of Ghizzano was returned to the Pisans in 1364.

In this period, the counts Venerosi from Strido acquired prestige in Ghizzano and settled in the highest part of the town, in the location of a stronghold, and transformed it into their residence.

We have news of the church of Saints Germano and Prospero since 1406, while the Oratory of Santissima Annunziata was built at the end of the 19th century.

Today the town is a center of contemporary art thanks to the interventions of some artists of our time: David Tremlett, who saw the street via di Mezzo as a canvas and remodeled and colored its walls, Alicja Kwade, who created the sculpture SolidSky, and Patrick Tuttofuoco, who was inspired by Gozzoli for his Elevatio corpus. 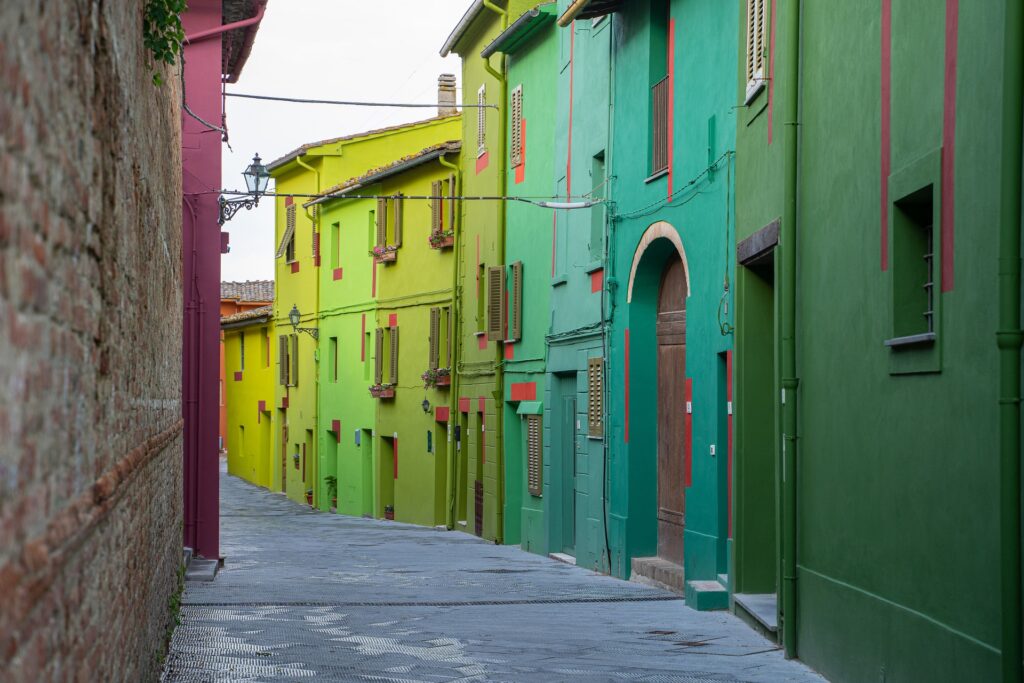 Via di Mezzo a work by Tremlett in Ghizzano

Contemporary Art, For families, Ghizzano, In evidence, Must sees
David Tremlett, Via di Mezzo, 2019, Ghizzano After creating an impressive work at the landfill in Legoli in 2018, David Tremlett develops a project that provides for a series of
Read more 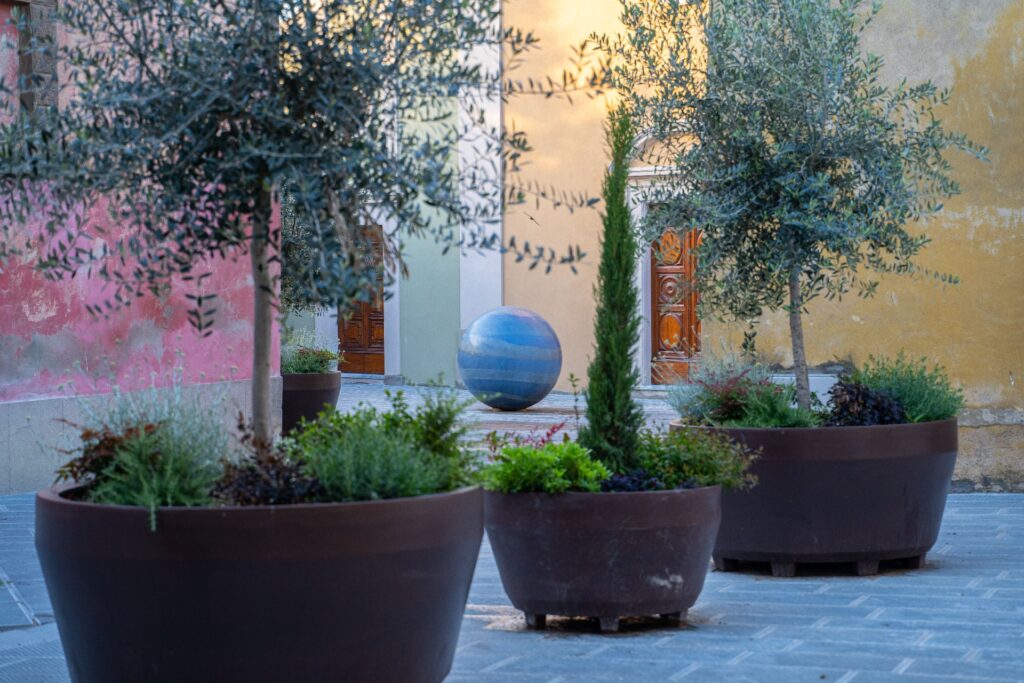 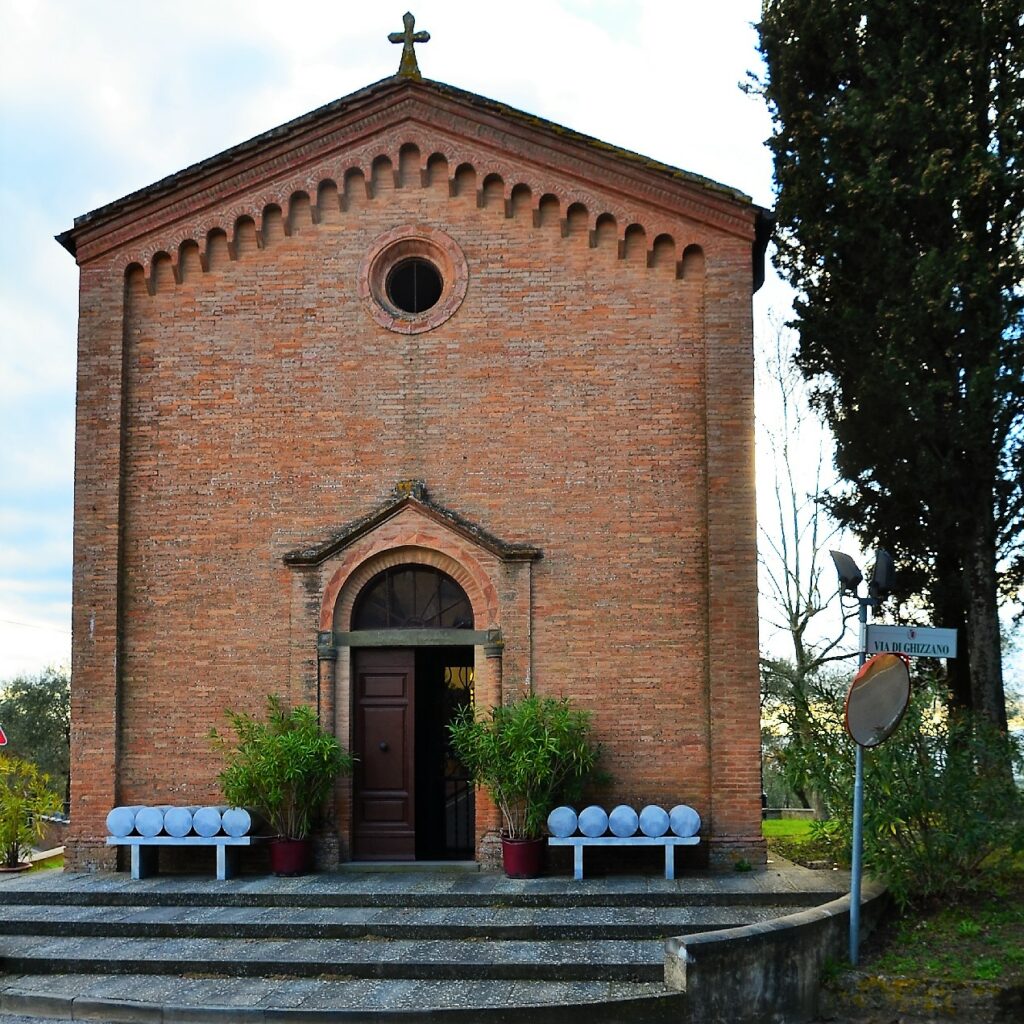 Contemporary Art, Ghizzano, History and Culture
Neo-Gothic oratory, erected in the late 1800s and since 1996 a Marian Sanctuary, it houses a 15th century Annunciation in carved and painted wood attributed to Tommaso Pisano. On the
Read more

Lights and colors in the day and in the night

For families, Ghizzano, Itineraries and travel ideas, Must sees, Peccioli
If you are fond of vivid, bright and warm colors, we suggest an itinerary designed especially for you. In fact, there are many works of contemporary art in which lights
Read more

Choose an itinerary and enjoy your holiday

The itineraries dedicated to the world of art, history and culture that you cannot miss.